Community for F# / Units of Measure in F#

Please RSVP for instructions on how to join the event.

Some of you may remember the crash of the $125 Million Mars Climate Orbiter in September of 1999. Later review revealed that the Orbiter crashed because of a simple and avoidable problem. One team of software developers assumed English units for their measures while a different team assumed SI. Now maybe you're not building a $125 Million spacecraft to go to Mars but maybe you want to insure that you eliminate errors arising from misunderstandings about the units of measure involved--be that dollars or euros or seconds or minutes or even developer-hours. F# gives us a simple and easy to use mechanism to avoid this sort of dimensional inconsistency in our software. I will be discussing how a developer can specify units of measure in his or her software, how to use F#'s built in dimensional analysis to insure that all dimensions are used consistently and even a few more interesting tricks which can be done via Units of Measure. 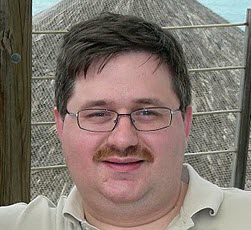 No biography is available

For a complete view of this profile, including education, work experience and developer information, you need to be logged in and have a subscription.

Free
Units of Measure in F#
Online
Some of you may remember the crash of the $125 Million Mars Climate Orbiter in September of 1999. Later review revealed that the Orbiter crashed because of a simple and avoidable problem. One team of software developers assumed English units for their me...
.Watch
f#units of measure

0
comment
Foundational Knowledge for a Software Developer
In conversations with people who are much smarter about education than am I, one idea that came up was this notion of foundational knowledge. To define “foundational knowledge” by analogy think of learning basic arithmetic. First you learn addition then s[...]
.
softwareengineering
0
comment
Playing By Color
The idea was that you set the colored piece of cardboard on the keyboard at a certain position and then by following the colors in a special songbook one could pick out a tune.
.
software engineeringgeneral principles
0
comment
Intellisense Considered Harmful To Novice Developers
One thing Dr. Hermans mentioned in her book is retrieval practice. I have heard this term in other pedagogical literature. It basically means trying to remember some piece of information without reference to a memory aid.
.
softwareengineering
0
comment
Empathy and the Other Side of Impostor Syndrome
I cannot be sure–I don’t know if there’s any formal diagnostic that a mental health professional can perform to diagnose impostor syndrome (assuming it’s even a recognized mental health concern). So I won’t say that I suffer from impostor syndrome but it’[...]
.
softwareengineering
0
comment
Software Development And The False Dilemma
So I started my morning, as I often do, by looking at Twitter. It’s better than a demitasse of espresso in terms of raising my blood pressure. One thing I see over and over again on Twitter is the rather common false dilemma logical fallacy. And this fall[...]
.
softwareengineering
1 - 56 - 1011 - 1516 - 2021 - 2526 - 30NextLast